Would you stand outside for 26 years for something you believe in? 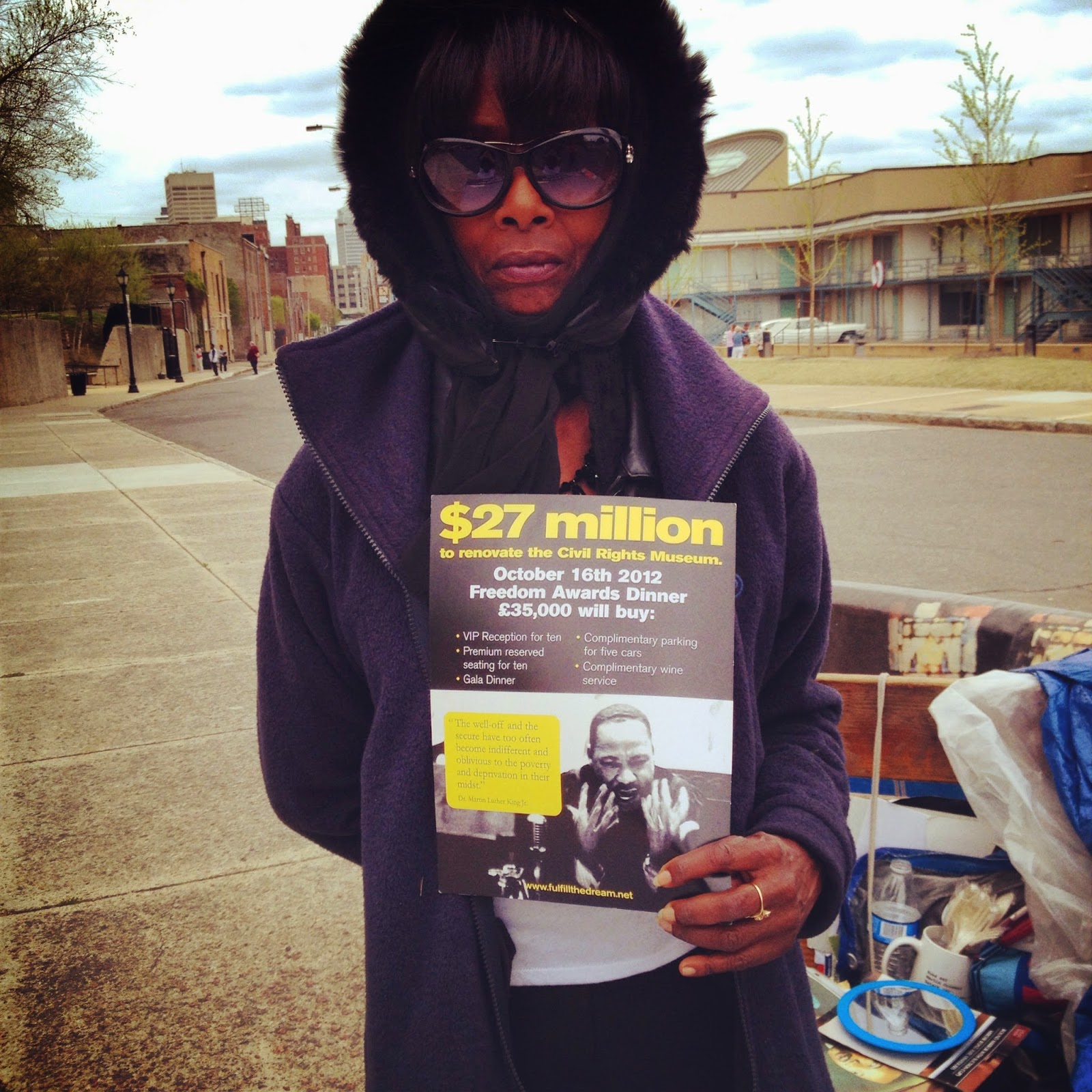 Tennessee; I was a bit hesitant to approach her.

Why would this African American woman be standing outside a museum dedicated to Martin Luther King Jr, a man that gave his life for equality and civil rights?

Ms Smith, has stood outside the National Civil Rights Museum for 26 years, you got that, 26 years, all for something she believes in.  Smith was the last tenant of the Lorraine Motel in Memphis, Tennessee until she was evicted and it was converted into a landmark.

The Lorraine Motel is famously known as the last place Dr Martin Luther King spoke his last words, and is now home to the National Civil Rights Museum.  Thousands pass by the landmark yearly to either learn more about history or to pay respect to Dr Martin Luther King.

Smith claims that museum does not promote Dr King's dream, it exploits the violence, and does nothing for the African American Community.    I can see her point, but I also have to appreciate that museum is there.

Rather or not you have the same beliefs or point of view as Smith, you have to admire this woman for her determination and ability to stand her ground for her beliefs. 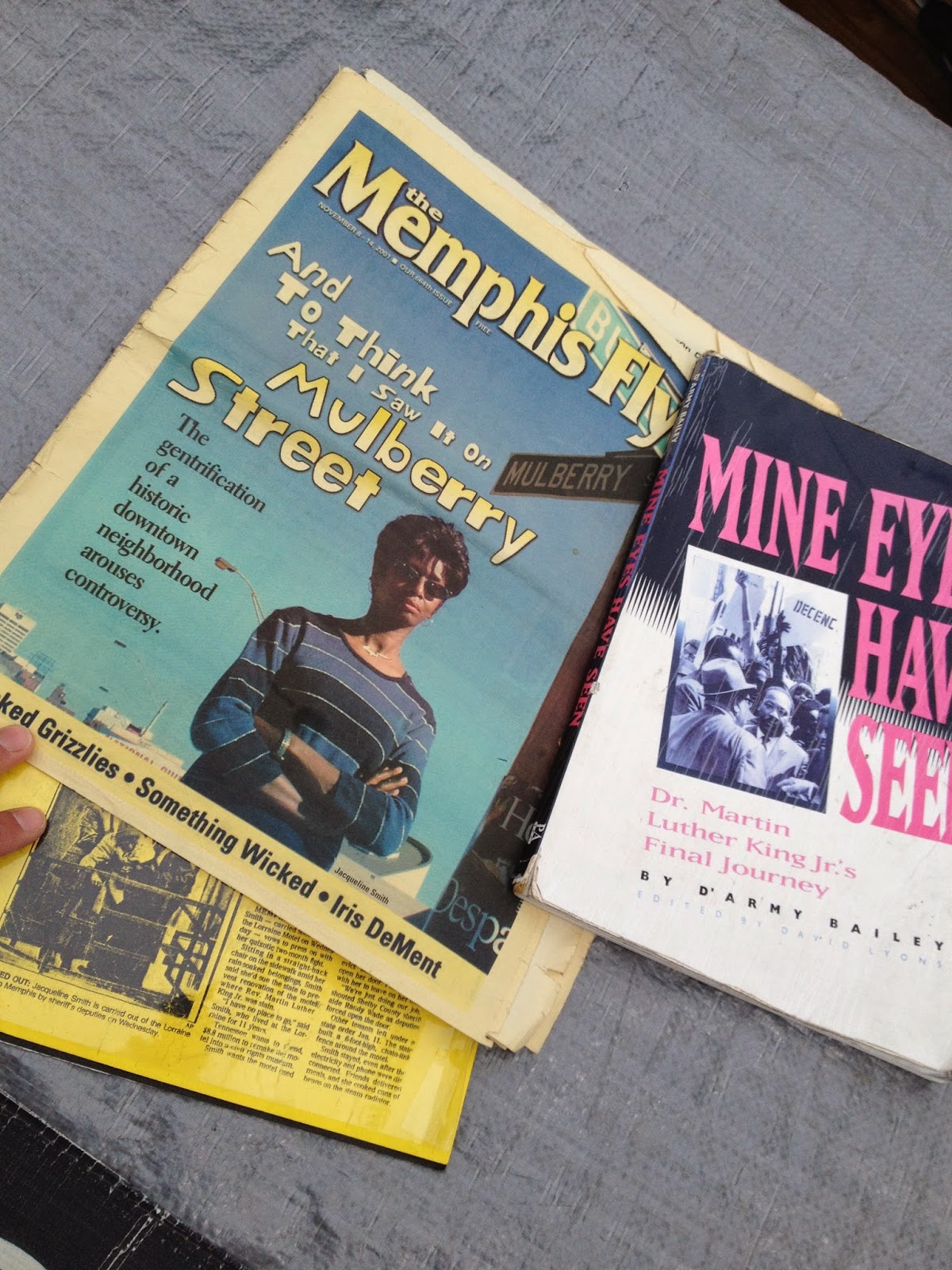 Ms Smith  is not just another person on the corner, she is well organized, well spoken, and well educated on her what she believes in.  The past 26 years has not been easy on her, she has endured extreme weather, hate crimes - where people that did not support her caused her pain, and much more.

Smith is so dedicated to her cause that she once refused to shake former President Jimmy Carter's hand all because he changed his mind - that my friends is a woman that stands in her beliefs.

I personally cannot say if I agree or disagree with Smith's idea, I did not have the opportunity to tour the National Museum of Civil Rights while I was in Memphis.  I had contacted them 3 times before I arrived and while I was in Memphis and never heard anything back.  It would not be fair to me to judge by what I saw from the outside and what I learned from Smith.

What I do know is I can never understand what the African American community has been through, not even from visiting a museum.  I am grateful that the Lorianne Motel has been preserved and is a landmark for us to learn from.