How to Know you are Ready for Marriage After Divorce.....

The question that keeps recirculating is: "How do you know you are ready to remarry after divorce?"

I could take the easy way out and say "I'm not married yet, so I don't know" however, the plans are made and I do know that I am ready. 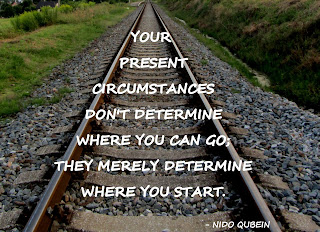 After divorce our hearts/emotions go through a string of ups and downs - we rationalize, become irrational, make excuses, feel the pain, and eventually we heal.  Sometimes this takes years, sometimes it takes only months, but no matter what we have to heal before we move on.

For me the decision to remarry happened not long after I divorced (the process took much longer than decision).....I knew God's promise for a lifelong partner, I had just screwed up in the ways that I looked for that partner.


“Two are better than one, because they have a good reward for their toil.” Ecclesiastes 4:9

Taking Responsibility for my Failed Marriage

Many know that my daughter was born 6 weeks before I married the kid's dad - we lived in sin from day one - unfortunately for us not only did we live in sin, we also lived in denial - denial that we were sinners.

When speaking of this recently someone asked "does it mean my relationship is doomed because I had sex before marriage" - no it does not, however, it puts a strain on your relationship that can last through eternity.


Flee from sexual immorality. Every other sin a person commits is outside the body, but the sexually immoral person sins against his own body.....1 Corinthians 6:18


I could talk all day about the perks of saving yourself for marriage - the one main thing I will tell you is that "it makes your life and relationships less complicated".

The hardest yet best words I ever said to my ex husband was "I will always love you, I will always pray for you, and do hope one day to see you on the other side"

I am not still in love with my ex husband, but I still love him.  He is the father of my children, at one time we were at the bare minimum friends, and he is God's Child - no matter what.

There was a time I was extremely bitter, so bitter that I hated the sight of him.  My stomach churned on Fridays, knowing I would be forced to see him for pick up or drop off of the kids - I called him names, I cried his name, I screamed names at him, and I hurt. 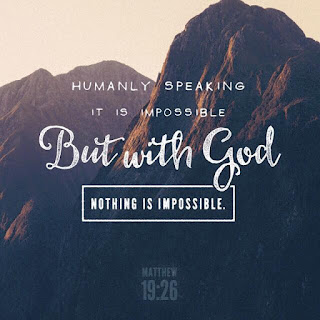 One day I was standing in my living room glancing across the room into my sons room, there sat our last family photo taken.  It was a beautiful fall afternoon on Kaskaskia Island - I remember D and Lesse giggling, the smell of the snacks I had packed, and the sound of  the church bells ringing.  My son must have saw me in a dead stare and he said "I remember that day, it was a good day, before we had bad days".

I knew that because of my pain, my kids were hurting and they were forgetting the good days.   Not all days of my 9 years of marriage were bad, in fact there were lots of good days - unfortunately I let the "bad days" overshadow the beautiful memories we had.

Let all bitterness and wrath and anger and clamor and slander be put away from you, along with all malice. Be kind to one another, tenderhearted, forgiving one another, as God in Christ forgave you.  Ephesians 4:31-32

I had to not only forgive my ex husband, but I had to forgive myself.  I had to accept that we had both failed in one way or another and together we had made a mess.  Forgiveness is a bittersweet, it is saying "this is done now let's move one" - often one finds themselves wanting to hold back to forgiving those that have wronged us, as we want to hold that pain over their head, and hold onto hope for one last jab at their dignity and pride.

I remember thinking to myself "I will always remind him of the pain he caused me" then one day I remembered God does not remind me of the pain I caused him.  Holding the wrongs over my ex-husband's head was only going to cause me more pain.

I recently caught a lot of grief about my stance on sex before marriage - some people think that old Biblical idea is just crazy.  In my past sex before marriage is where I went wrong, I rushed into relationships based on physical attraction instead of the ideal marriage partner.  In today's time we call this "dating", but a hundred years ago men or women who tested the marriage bed before marriage would have been known as a whore or player.

In the past I have encouraged you all to make your "Husband List" - men can make a wife list also. Making a list of what you expect, desire, and need in a relationship will help you avoid the unwanted pains of failed relationships.

I recently saw this horrible slang comment "You can't make a hoe a housewife" while I hate to think of any woman as a "hoe" this is a true statement.  You CAN'T mold someone into the perfect husband or wife - you cannot force them to break their bad habits.

Just last week I had a long conversation with a young woman that was wanting her significant other to go to church - I want everyone to go to church and get to know God, but I can't force them to go. The young woman was distraught and angry at her man, for he just would not get out of the bed and go with her.  She said they fought for hours and she completely missed church - bummer!

I asked the young woman what she had invested in this relationship - she explained not much, they had started dating a few months ago after running into each other at a party.

I then asked her if he went to church regularly before they got serious (they had rushed to the serious part of the relationship) - she explained that his parents did, but he only went on special occasions, but she really thought he would go with her.

This should have hit her like a bright red fire engine, but it obviously did not - at this point I knew I was gonna look like an evil person, but I was gonna give her the V8 moment she needed.

I tried to be gentle, but their is no gentle way to put. I simply told her "sweetheart, you cannot force someone to go to church, you cannot force them to accept God, if he did not go regularly before you - he is not going to go regularly for you."  She sighed for a moment then asked is all was lost in her relationship.

The relationship was not a total disaster, she could go to church alone, scale back the "seriousness" of her relationship and see if he steps up the pace, often time will tell if the relationship is meant to be.  She could also throw in the towel and end the relationship - as she really had nothing invested, but either way she needed to set herself rules and stick to them.

Giving up the Fantasy

Every little girl dreams that Prince Charming is going to ride in on his white stallion, confess his love, and we will live happily ever after in a big beautiful house.  The last thing I had to do before I was ready for a real relationship, was give up the fantasy relationship - those do not really exist.

Men and women are not perfect; we all have our flaws and scars.  Often we humans set expectations for the significant other we desire - unfortunately those expectations are not the kind of expectations we should have.  I discussed earlier "the list"  - not once in that list did I mention physical attraction - now before you all jump to conclusions, I am physically attracted to Trey (he is a hottie) - the list however is real expectations.

Fantasy expectations are expecting your partner to have a perfect body, perfect speech, be perfectly educated, to have tons of money, and to treat you like a king or queen at all times.

Perfect bodies do not exist, people have different ways of talking, education does not make you smart, well money doesn't buy happiness, and being treated like a queen or king does not mean they shower you with gifts or take you out to dinner every night.

To Sum it Up

Marriage after divorce first seemed so complicated and scary - I mean I had failed before why wouldn't I fail again.  Only this time I had learned all the failures, forgiven all the shortcomings, and I had planted myself in the Word of God - which made marriage after divorce easier......

Email ThisBlogThis!Share to TwitterShare to FacebookShare to Pinterest
Labels: Life