First I want to say that I do NOT work for the City of Mable Hill, Missouri.  This sometimes gets confused, because I do in fact have a contract with them to manage their Facebook. 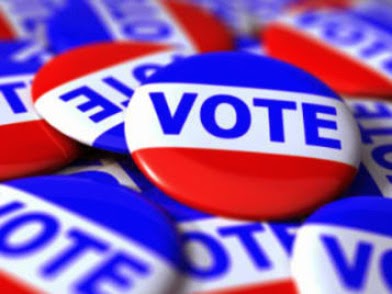 With the services that I provide for the City of Marble Hill, I get asked LOTS of questions, and lately I have been asked a few times about the upcoming tax vote.

I normally do not write or vocalize my political views, however, on this matter I wanted to also know the truth and find a way to answer those that have asked.  Now I could have simply emailed each individual person back and explained what I learned, but it is easier to post it here.

Monday night I attended the Park Board Meeting and it was not until that I realized the significance of this tax proposal.  Like I said I had heard a few a bit of chatter about it, several had asked me questions on it, but no one had really went into detail about what could be affected by the tax change. During the Park Board Meeting, I learned that the parks could be affected if the tax change did not happen, I enjoy the parks in Marble Hill, so I wanted answers.

Today I decided that I would bluntly ask the Mayor of Marble Hill what the story is on the tax change and this is what I learned.


Why does the City need the tax change?
The City is operating at a loss and soon will not have enough money to fund the police, fire, administration, parks, or street departments.  The change would provide enough funding to continue basic operations of these funds.
Will there be a tax increase?
NO! The total sales tax rate will remain the same.
How will the City keep the rate the same?
The City proposes to stop collecting the capital improvement sales tax and replacing it with a general sales tax.  The net result is the same tax rate.
Why does the capital improvement sales tax need to be replaced?
The capital improvement sales tax can only be used for purchases of major assets.
It can not be used for operations.  A general sales tax can be used for either operations or the purchase of
major assets at the discretion of the Board.  It allows the Board to spend the money where they think it is needed the most.
Without the change, the City would have to cut basic services to the citizens, because they would run out of operating money soon.

Election day is April 8th, and I know there are several important matters on the ballot this year that will affect our small community, so I encourage you to get out and vote.